New Year’s is coming up but I’m not going to make any resolutions this time. No, you see, I’m tired of doing all the work. Every New Year’s is the same: it’s up to me to be healthier, to get more creative work done, to meet various goals in my professional and personal life.

Nope. Not going to do it this year.

Instead, I’m going to make a demand of everyone else. It’s about time that the world steps up and does something to make itself a better place. So here’s the resolution I want the planet to make:

Stop being mean to one another.

See? Not so hard. 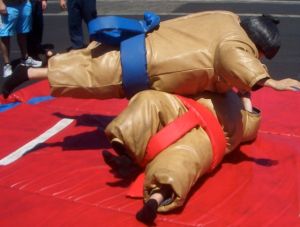 Sure, that guy over in cubicle 19-b may have horrible breath and a penchant for using your stapler without permission, but that’s no reason not to be nice to him. He’s got it bad enough, what with working in a cubicle and having chronic halitosis. Go ahead and let him use the stapler; it’s not that big of a deal.

And sure, I know that traffic can get those angry juices flowing, make you want to pound on the steering wheel, yell out the window, and lay on the horn. But honking isn’t going to get the light to change. Yelling isn’t going to do anything but make someone else mad. And pounding on, well, anything at all isn’t going to do a bit of good. Plus, you’re most likely going to tear up your hand and/or car.

Oh, and if you’re young enough to still be in high school? Guess what? Being cruel to any of your fellow students may get you a few laughs from your clique, but in the end (ie: your twenties), your peers won’t remember that you were on the yearbook staff, were the quarterback, were whatever; they’ll remember that you were an mean-spirited person. I know this is true because I’ve watched several movies and After School specials on this subject. In these, it’s the good-hearted people who always get the bestest boyfriend/girlfriend/vampire. The cruel students have houses dropped on their heads or, worse, end up old, alone, and with blotchy skin.

And finally, I don’t care what religion or philosophical philosophy you follow, if your holy book or spirit guide or manifesto or cow entrails is telling you to be mean to someone else for any reason whatsoever, then you’re reading it wrong. Ditch it and page through some Dr. Seuss, instead.

Get it through your heads that regardless what any given person’s nationality, sexual preference, race, or eating habits are (especially in the case of zombies in this latter instance), you trying to change them is likely to fail and certainly isn’t going to do a whit to make you a better person (and in the case of zombies will just get you eaten). Being someone who is preachy, judgmental, and–darn it–mean, isn’t going to make the world a more pleasant place to live in for everyone.

Here’s how it works. If you have power, be it money, influence, good looks, or the ability to fire laser beams from your eyes, don’t abuse it. Using your power (especially the laser beam one) in ways that benefit you but hurt others may sound good, but it doesn’t work, even if you do find yourself wallowing in a pile of cash for a few days or possibly weeks. Eventually you’ll wind up in jail. Or you’ll annoy the wrong person and find yourself scrounging for scraps in a dumpster somewhere, fighting with a mangy stray cat named Rollow over a greasy McDonald’s Happy Meal lid (trust me on this one). Or your nemesis will realize that your superpowers can be negated by the swift application of either kryptonite or a year-old fruitcake and you’ll be wide open to being kicked harshly in very sensitive areas of your anatomy.

If everyone were nice to one or even two more people a day then they are normally nice to, pretty soon the whole world would be being nice to one another.

Hmm, I have some space left. Alright, while we’re on the subject of resolutions, I have one more thing I’d like to bring to the attention of certain people in the world–particularly the broadcasting world.

Now, although there’s nothing inherently wrong with ‘reality’ shows that follow sleazy pawn shop owners as they buy up forfeited storage lockers, it’s not exactly what I think of when I think of A&E (Arts & Entertainment). And the World Wrestling Federation, although it could possibly be argued (just saying ‘possibly’ here, people) that it’s fiction, it’s not ‘science’ fiction and doesn’t belong on Syfy. There’s a difference.

If you’re going to have a themed cable network, then stick to your theme. It’s not that hard.

Those are the resolutions I’m asking of everyone else. Please stick to them. We’ll all be happier for it.

Now I’m going to go bake some cookies, because that’ll make the world a better place, too.

Have a very happy new year!